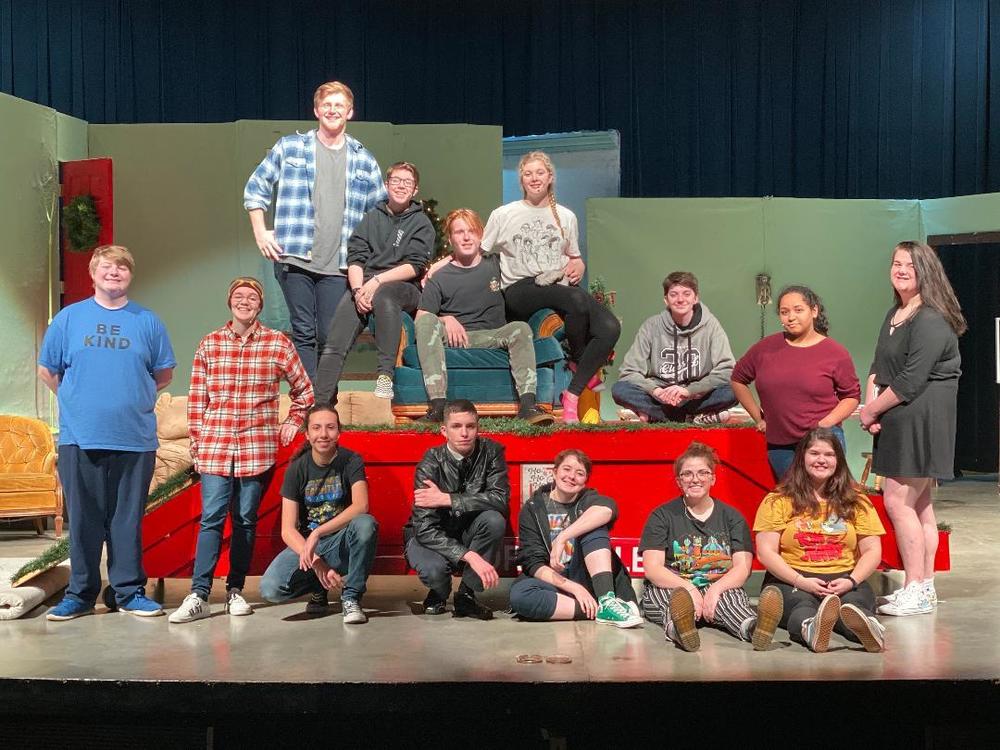 MPHS Drama Club presents "A Christmas Story: Live" in the MPHS auditorium December 4 - 7 at 7:00 pm with a matinee December 7 at 1:00 pm.  Tickets are $8.00 for adults and $7.00 for students with ASB, children and senior citizens. Senior citizens with MSD Gold Cards are admitted for free.

"A Christmas Story" is based on the movie of the same name from 1983, about a young boy named Ralphie who attempts to convince his parents, his teacher and Santa that a Red Ryder BB gun would be the perfect Christmas gift.  Since 1983, the movie has become a classic story and it's played non-stop 24 hours during the holiday season.

The play version is adapted by Philip Grecian from the story by Jean Shepherd. The cast and crew members from the Drama Club include students from both MPHS and MGHS.  The show is narrated by an older version of Ralphie played by Morgan Reed. Also in the cast are Kris Lawler, Jesus German, Kaylee Balam, Nolan Crumline, Lily Siron, Adrien Haug, Aislynn Reed, Veronika Gardulski, Angela Ferguson, Nikole DuFour, Joe Wilson, Everet Hayes, Aiden Eberhard and Dean Miner.  The students have been rehearsing the show Monday through Thursday after school since late September.

"A Christmas Story" is presented with permission from The Dramatic Publishing Company.