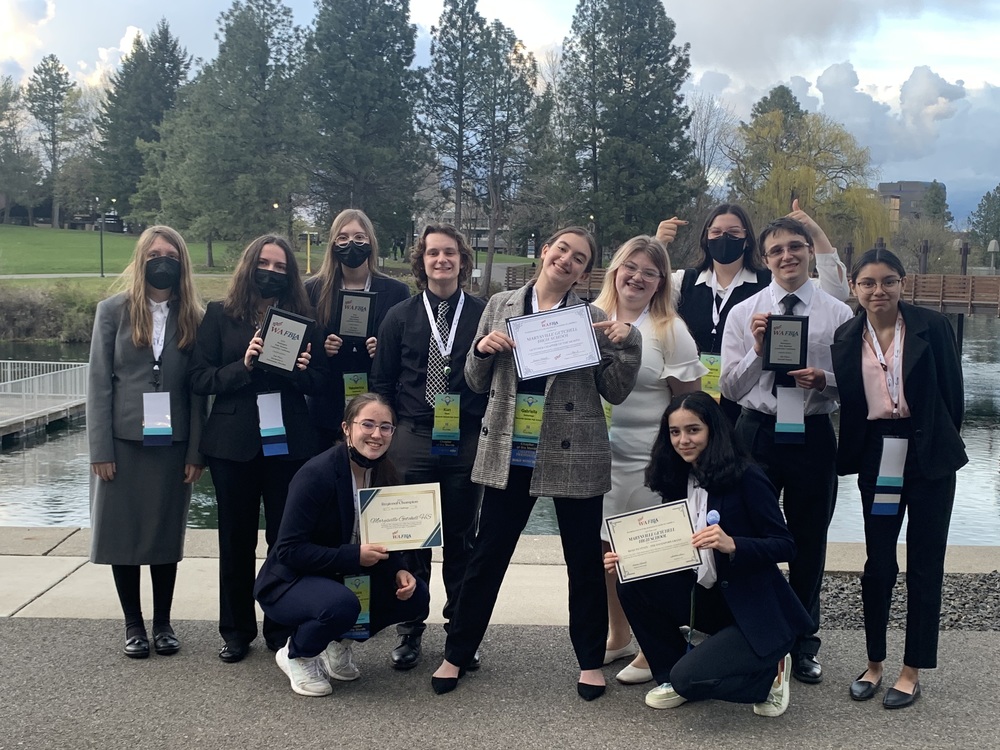 On April 20-23 Marysville Getchell High School's Future Business Leaders of America (FBLA) attended the Washington FBLA State Business Leadership Conference (SBLC) in Spokane, Washington with over 1,300 other Washington FBLA members. The team had great success! Twelve MGHS members attended and seven qualified for Nationals in a total of eight events. TheFBLA Chargers took home a total of 16 awards! Binh To was elected for state office a second time and will be serving as Washington State FBLA Secretary for the 22-23 school year. While at the Conference members competed first in preliminary rounds, then if they qualified, performed again for finals. Members also attended workshops to build business skills and network with other FBLA members and officers from across the state. Next up is the FBLA National Competition in Chicago, Illinois in June/July.